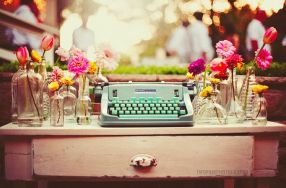 Stories are ever-changing, either because of how we grow as writers, events that influence our perception, or simply things that we see that spark our interest. For me, this constant evolution is one of the most exciting, and sometimes frustrating, things about being an author—exciting because with each month or so that passes, I can look back on what I’ve written and realize how much I’ve matured as a writer, and frustrating because it’s difficult for me to ever be totally satisfied with a whole manuscript.

I was immensely happy and proud when “Rising Shadows” first came out because it was the type of writing that I was drawn to at the time. And then I proceeded to spend the next two years in embarrassment of my first published work. As I spent endless hours writing several different stories and started expanding my reading repertoire, I watched as my style of writing shifted and my ability grew—I’m not tooting my own horn, because there is always room for improvement. Since I couldn’t go back and completely revise the entire manuscript to match exactly what my preference was, I focused all of my attention on making “Chasing Shadows” into something better. 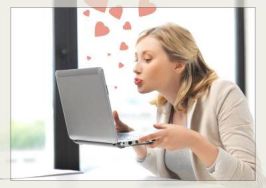 Surprisingly, I don’t believe I’ll ever feel more content with how a book turned out than I am with this installment in the series. And it isn’t just temporary satisfaction, either; I had two whole years to play around and re-read “Chasing Shadows” while I sought out a physical publisher, and I never got sick of it or upset with how it was coming together. My writing ability didn’t become stagnant but still progressed, thank the Lord, yet I never felt dissatisfied with this story even as my interests changed.

That’s not to say that there weren’t—ahem—a few alterations that I made to it along the way.

Originally, while writing the bare bones of the story, there was a rekindling of the romance between Will and Sarah, with no Jade to muddle things up between them, Karen was still a great friend, and the resolution in the end was very cut-and-dry (i.e. bad guy dies, kingdom restored: TA-DA!). But then I was, like, wow, I’m not even interested. So I prayed for wisdom on where God wanted the story to go, and three weeks later, my entire perception of it changed. I’ve always been fascinated with the idea of time travel and figured out a whole new way to make it muddle things up for the gang and expand on time’s presence in the story. I made Will and Sarah’s lives and their relationship less “easy” to show how they’re overcomers, revealing their struggles and highs and lows; they aren’t perfect, but then again, who is? And I altered the ending of “Chasing Shadows” drastically, and I’m so glad I did! So much more drama, craziness, plot reveals, questions, history muddled. Muwah-ah-ah-ah!!!!! ^_~

Then there was the length of the story. Its predecessor was sweet and simple and straightforward and, well, a skosh smaller—no filler or mishagosh, but just straight up action, adventure, and fun. But then I found that I actually enjoyed challenging myself by not just taking up space on the page for the sake of length, but by creating transitional scenes that help move the story along with either interesting dialogue, descriptions of the surroundings to transport the reader into the moment, and also small plot reveals that you can find if you pay attention. It was a blast to finally challenge myself!

Oh, yes, and Lord Bormeo Lisandro was not, in fact, a romantic interest

for Sarah. Yes, ladies, you may release your gasps of surprise. The handsome Spaniard that you’ve come to know and love—let’s be honest, he’s stolen my heart and makes me swoon!—was first a lord named Bormeo (pronounces Bor-may-o. Bahahaha!), pale (like Mayo), thin, regal, and super evil. And then I realized I had two bad guys running about town, and my sister Katie was dying for me to write a handsome Spaniard in somewhere, so, voilà! Damien Romeo Lisandro was born! I first wanted to just throw him in for some eye-candy as a sort of humorous anecdote within the story, but then I pretty much fell in love as his past revealed itself and as his and Sarah’s relationship evolved. I just friggin’ adore him and how he and Sarah lean on each other as they experience highs and lows in Serimone. *tear* He is probably my favorite alteration to this story, and I hope you find deepest love and sympathy for him as I have!

Whelp, that’s all I have for today’s little glimpse Between the Pages of “Chasing Shadows.” Next weekend might be another character interview, plot reveal, excerpt from the book, or just fun goodies from the series. You’ll never know unless you stop by here again! ^_^