As most of you know, the Once Upon A Time season 4 premiere airs tonight. *inhales a deep breath* I am calm, but I am also this happy: 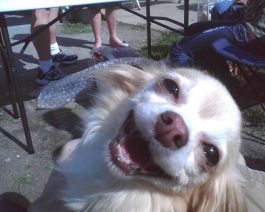 If you’re like me (i.e., obsessed), then you probably already know it premieres tonight, are intimate with every in and out of the show, ship both CaptainSwan AND OutlawQueen, and you also know what OUAT stands for. If not, you’re probably this guy: 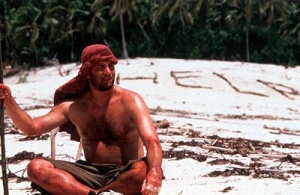 So if you’ve been trapped on a desert island for three years and are just returning, then let me catch you up to speed before tonight. Oh, and by the way, the year is 2014, Twinkies almost went extinct, and the permed, mustachioed Captain Hook you remember from childhood is now hot … and Irish).

They spent most of the season in Neverland, then came back, only to find that evil Peter Pan is trying to destroy Storybrooke.

Fairytale characters get sent back to the Enchanted Forest.

Emma and Henry have no memory of Storybrooke … or Hook. Thanks a lot, Regina.

Bologna (only Oncers will get this reference).

The Wicked Witch is Regina’s half sister.

They defeat the Wicked Witch.

Now … Onto what you REALLY want to know about the season finale of Once Upon A Time.

Hook and Emma finally kiss again after episode, what, like five? (Hook unconscious while she does CPR on him doesn’t count) My reactions leading up to it/during the beautiful kiss that made nations–and fangirls–weep.

When Marian came onto the scene and ruined my OutlawQueen ship:

And, of course, when Rumbelle said their vows and kissed:

At the very end, when the world discovered that Frozen was coming to Storybrooke:

Well, you are now caught up to speed on season 3. Now, onto my expectations for tonight’s premiere of season 4 of Once Upon A Time.