We all know those authors, the ones who can’t figure out a place for a beloved character or think it will be just sooo dramatic and win them some kind of award if they randomly kill them off. If you’ve ever picked up a book or binge-watched a TV series, then you’ve probably experienced one of those Fictional Deaths Heard ‘Round the World. It’s that terrifying scene where you aren’t sure how they can get out of it this time, that breathless moment of denial that your favorite character could die and that a writer could be so cruel. And in the instant that they perish, your denial turns to tears, which evolve into a heart-wrenching, gut-twisting lifetime of pain.

To honor those gone-too-soon heroes of fiction, I’ve compiled a short list of some of the fictional deaths that still twist my insides and provide a plethora of ugly sobs, though there are plenty more where these came from. This post will be spoiler-rich, so if you’re still waiting to read anything by Bodi Ashton or Cassandra Clare or have yet to watch Buffy, then you had best just avoid reading any further. Or if you know precisely what I’m talking about, then feel free to lament these fictional deaths all over again with me! *raises imaginary cup of shared pain and throws bars of dark chocolate into the air*

#3: Jem Carstairs in The Clockwork Princess

Chances are you’ve heard about The Infernal Devices by Cassandra Clare, but if you’ve read this series, then it’s safe to assume you’re still walking strangely. (And that Epilogue–just why??!!)

Jem is possibly the sweetest, most sacrificial and tragic character you will ever encounter. He’s been ill for most of his life and has to take this silver powder called yin fen to stave off the weakening effects of his disease so he can continue to live a relatively normal life. BUT the caveat is that the medicine he needs to function is killing him more quickly. His friends try to wean him off the poison to lengthen his days, but Jem wants to spend what remains of his life with his friends and his fiance, Tessa. And when she is taken, he stays on the yin fen to have enough strength to find her. But he becomes so sick anyway and weakens while Will (be still my heart! Never have I been so torn between two characters) goes out to find Tessa, who is in love with BOTH FRIENDS. Yeah, it’s messed up. So while Jem lies dying because he took too much medicine/poison to save his fiance, Will is off saving her. The tragic part–well, one of them–is that Jem always knew he was second violin to Will (poor joke), but he never held a grudge against his friend and loved him like a brother, and for a time they were all they had. I shed tears for Jem dying without either Will or Tessa, and I cried for Will’s loss when he was told his parabatai had died (Tessa who? She has feelings?!).

But almost more tragic than Jem’s “death” is the fact that he didn’t actually die. Waaaa???? What do I mean?

On the brink of death, Jem was turned into a Silent Brother, sort of like a monk with an eternal vow of silence that they all considered freaks for a lot of the series. The most horrific aspect of this change is that our Jem, whose greatest solace was found in playing his violin, must live in the Silent City where music is forbidden. And he did it all to fight one final battle with Will and Tessa and protect them. Yeah, killing him is too easy. Let’s destroy his life ans everything he holds dear.

Even though he didn’t technically die, he still makes this list because the Jem we fell in love with disappeared and was replaced by this tragic creatures. *ugly sobbing* 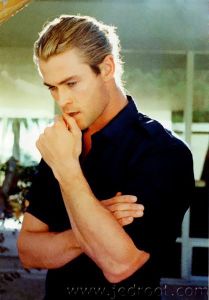 Ohmysweetgoodness. First fictional death I ever really cried over. Cole is a total bad-boy, rock star, soul-sucker in Everneath, but I found him totally fascinating. He appeared to have this vague, broken past, but all we really know about him is that he chose Nikki to be his “life-support” for 100 years and wants her back.

When you see how he tried to protect Nikki in the Everneath and hear how he was a lost, lonely boy tricked into becoming what he is . . . Let’s just say he became a sympathetic “villain” in an instant. He disappoints you at the end of Everbound, but you can’t even be mad at him in Evertrue because he tries so hard to make things right and gets his memory swiped, so he thinks he’s an innocent Norseman who has no clue of the torment he’s caused! *sucks in a breath*

Nikki and Cole (whose memory has been restored by the end) are trying to destroy the Everneath throughout the book. BUT they also have to destroy the thing that tethers them to the Everneath to complete the process, which means they will return to their human forms. Cole is tired of taking life from others to survive and tearfully tells Nikki that they have to break their tethers, which means that he will return to his 900-year-old self. Desperately, Nikki begs for his heart before he can break it and turn to dust to close the portal to the Underworld. But he just kisses her and tells her she already has his heart, and THEN HE SNAPS THE PICK AND TURNS TO DUST.

It’s so horrible because he changes in the end and chooses to sacrifice himself to protect Nikki and make up for his past. I could barely see the page through my tears, and the watermarks are still on my book.

He was Stefan before there was Stefan, and he was too cool to sparkle

I know it happened over 15 years ago, but believe me when I say that the tears are still flowing from this scene oh-so-long ago. This fictional death is actually what sparked this post of tragedy and eternal torment (thanks, Liz!) . . . and also the fact that writers won’t stop killing off beloved characters.

Quick background if you never watched television in the ’90s: Buffy and Angel were the ultimate star-crossed lovers of the decade. A vampire slayer + a vampire with a soul and a conscience and who hates what he was turned into = perfection. There are a few other obstacles in their way–for instance, if he experiences a moment of pure joy, his soul will be stripped from him and he will revert to the monster he was before. Yeah, big problem, but it makes for the best romance on TV!

Which brings me to the most dramatic fictional death of all time.

Angel does, in fact, find a moment of true happiness with Buffy, and he loses his soul because of it. It is this epic race to stop the total maniac he was before, and Buffy loves him too much to kill him, even though there is absolutely no sign of his kind and tender former self. But when Angel plans to open a portal that will destroy the world, she knows she has to kill him or send him into the portal, since only his blood can stop what he started.

There is a super dramatic battle between the two, and Buffy is getting ready to stab him through the heart when Angel ‘s soul is suddenly returned to him (let the cries of exaltation and fangirling ensue!).

He just looks at her and says her name like she’s all he understands, and Buffy just knows he’s returned to her. They have this beautiful moment together, and we the fans are already crying with joy at this point. BUT THEN she sees over his should that the portal has already been opened, which means the end of the world if she doesn’t make a decision to act, and you can just see in her eyes how it guts her. Angel clearly has no idea of her inner struggle as she tearfully admits that she never stopped loving him. Then she tells him to close his eyes and that everything is going to be all right. . . . AND THEN SHE STABS HIM!

Believe me, we all felt that mortal wound to our core. Angel looks so confused and betrayed because he’s her Angel, and he has no idea why she would do that to him. It’s so tragic because it was Angelus who did those horrible things, and now he’s our sweet Angel again and has no idea that Buffy had to kill him to save the world. The torment!!! All he knows is that Buffy stabbed him and then let him get sucked into the portal to close it, and there’s no time to explain. So he dies confused and hurt and betrayed. The gut-wrenching death of Angel was analyzed and cried over for weeks, and we still shudder when we think on it nearly two decades later. Don’t even get me started on how much we cried during “I Will Remember You” from Angel. 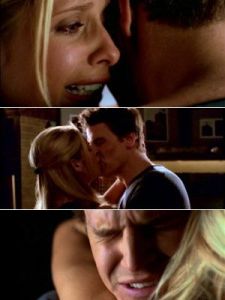 Now, please excuse me while I consume an entire chocolate pie after reopening these very real wounds caused by fictional characters and their demises.

The Inkwell And Quill
Just Another Fangirl's Blog
私のスマホ節約術：通信費と通話料金の節約法