My 125th post on this blog is kind of a big deal for me, and I didn’t want to just give you a quick update or an amusing tidbit for the week (stay tuned for the 126th, though). Today I wanted to write about something that, I feel, is meaningful right now and that I believe quite a few of us are going through. Don’t let my lack of humor deter you, though; I have a point, I promise, and I really feel that everyone should read today’s musings. It’s also going to be a longer one, so stay with me!

I saw something a couple of weeks ago that I found a tad disturbing. Someone put a post on Facebook about how it’s not perverted boys that the world and the church should be worrying themselves over, but rather we should direct our concern to the twenty-something girls still living at home without any current marriage prospects. I have to be honest and say that this really upset my sisters and I for many reasons, one of which was because most of us are in our twenties and we’re all still living at home. It was a little offensive to find that someone we were very close to thought so poorly of us and our “situation.” And it wasn’t so much an issue that we aren’t, at the moment, involved with anyone, but the problem lay in the fact that our standards kept us from picking just anyone . . . and it seemed anyone would do for the sake of having someone, because it appeared that our worth was only in snaring a man.

Anyway, the more I thought about it, the more irritated I became—I got over my own personal offense pretty quickly, but so many other girls had seen this and were heartbroken over their “loser” status. Right now the idea is so prevalent, in the church especially, that men and women have to be married by 21 because, according to that Facebook post, a woman’s only worth is in marriage and having kids. Now, please don’t misunderstand me—being a mom is the hardest job in the world and incredibly important. My problem lies in the fact that people are telling every single girl that if she does not have a husband and 2.2 kids before she turns 25, she is worth nothing, she is nothing.

Is this really what you want to teach your daughters? That they have no worth?

To be quite frank with you, this is a horrible notion that draws girls away from God when they believe that a relationship with some guy is all He wants of them and that He doesn’t think they’re worth anything if their status says “single.” 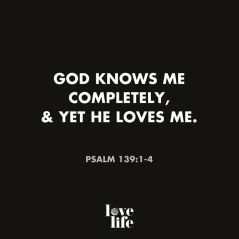 I responded to this post (with unusual calm for me) that I have standards and am finding my worth in God, getting confident in my relationship in Him first, and it appeared this was also a concern—that He would meddle in our lives or think we are worth more than our duty to pro-create.

Ladies, and guys, too! You are worth more to God than you could ever fathom, and He wants HIS best plan for your life, not what other people tell you should come of your days. This generation is full of such low self-esteem that we should be reassuring one another that we are worth more than what others tell them and encourage them to have standards. I don’t mean blond hair, baby blues, 6’4, built like Thor criteria. I mean standards and values that keep you from entering into a relationship with someone—out of low self-worth—who will draw you from God and that would result in an unhappy marriage. Why do you think the divorce rate is so high in America? Because we’re telling everyone that you’re only worthwhile to the world if you have someone by your side this instance.

Well, I ALWAYS have Someone by my side. Whatever may come of my life—career, husband, family, international espionage—I want to live my life right now for God and stop worrying about a future that I can’t predict and cease fretting over the opinions of people who shouldn’t matter. I’m living my present for God, and I want to spend the rest of my days discovering just how much He thinks I’m worth the wait. And remember: God is never late; we’re just impatient.

Below are a TON of verses that my friends and I compiled to encourage each other— and now you all, too!—that God sees us as more than pawns and that he care about our present AND our future. Lift someone up this week and share these words, verses, and even this post if you think it will encourage them. And never forget what a gem you are! ^_^ 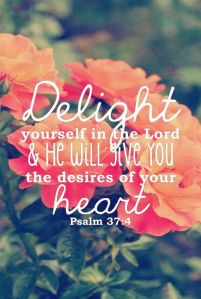